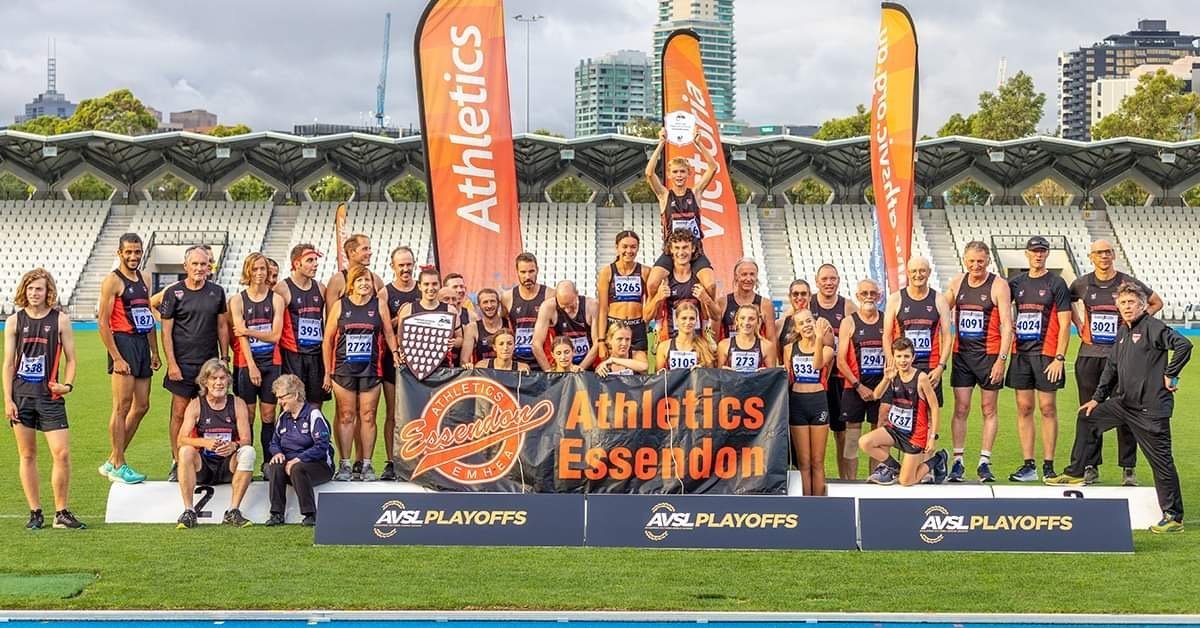 Athletics Essendon lead for most of the day to grab a well earned win at Lakeside.

Our “pre game” analysis suggested 60,000 points would be needed to win and we pulled together a champion team capable of just over 62,000!

Again, we couldn’t have done it without those who fulfilled our Club Duties, especially Lisa Gunn, who has not been able to compete this year due to her work in health care (Covid) but came down to work the triple jump pit for 3 hours! Thanks also to coaches, Gaff and Gregor who worked the morning shift on the track. Parents, Anna Neethling and Robin Walker helped again, while veteran Duncan Knox put in an hour in between his 4 events. Mel Foster also helped out again while amassing over 1100 points.

Thanks to Danny and Frances for lap scoring the walks and 3000.

Twenty three athletes pulled in over 1000 points (inc relays) on the day – that’s our largest number for the year. Interesting that 11 of those were from our champion 40+ team! Did you know they were the top team in the state for the season? Jamison was Number 1 in the state, Mackenzie 7th, Bouchaib 15th, Richard 18th with Arden rounding out the top 20 MVAs for the Play Off.

Our win was due in part to athletes willing to get out of their “comfort zone”; there were sprinters trying high jump and hammer, walkers doing 800s, 800 specialists throwing a shot. This willingness to have ago pulled in those extra points throughout the day.

Normally Kevin Healy would be our lone hammer thrower with Kim Walsh & David Jones “doing it for fun”; this year we added Imogen Makin and Jo Margiolis along with seven 40+ men learning the ropes well enough to qualify and collect 1725 important points in the Play Off. Great Team work!